The imbalance of body, mind, and spirit starts with feelings of emptiness. 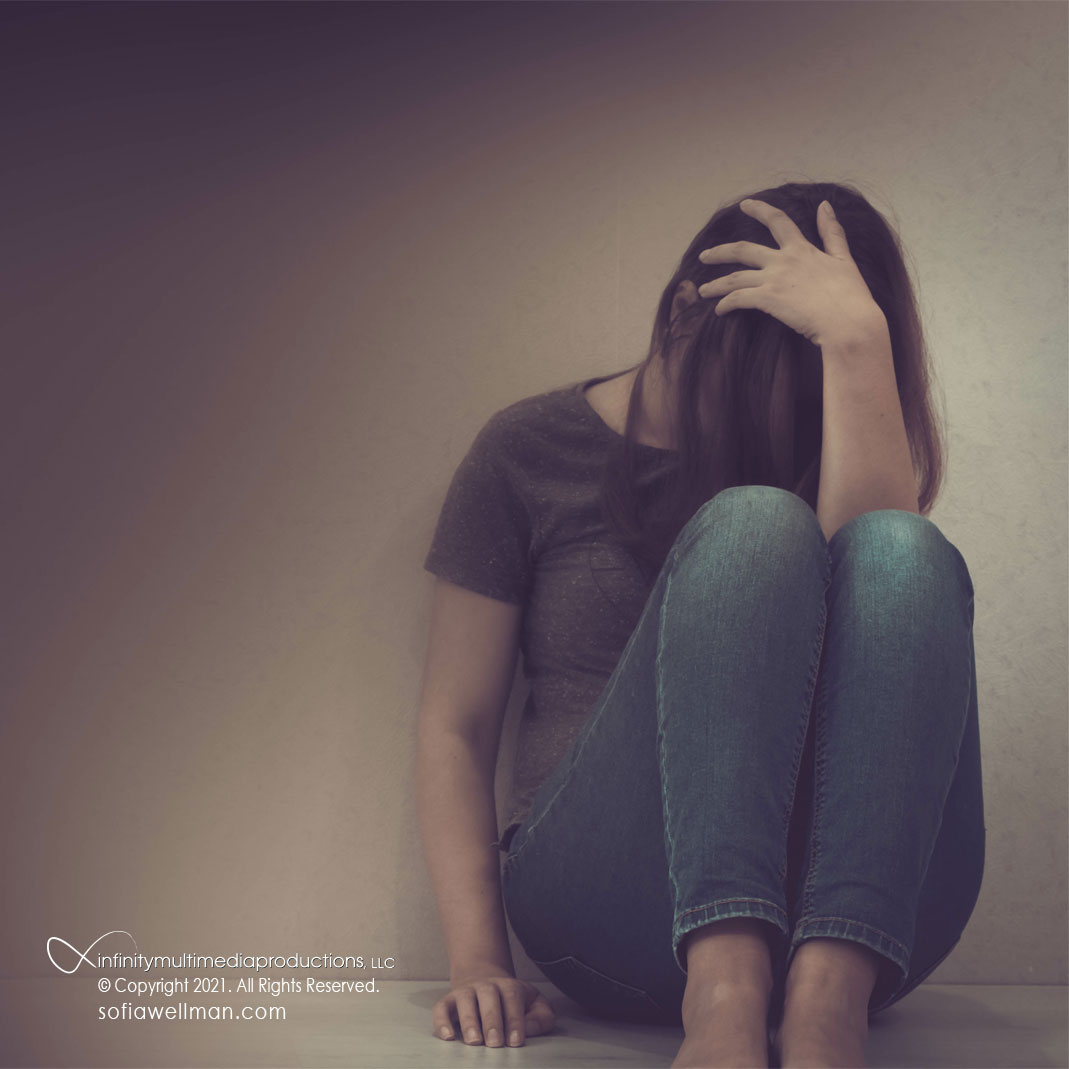 She thought there were too many of them plus luggage for the size of the Ford Explorer heading towards the arrivals lane. The same driver took them to the airport seven days earlier in a Stretch Hummer. Now, something appeared off. She assumed it was because the Ford Explorer was dwarfed by comparison. They were anxious to settle after flying across the country, so it was easy for her to ignore the premonition. Once on the highway heading home from the airport, she texted her brother they left in LA that they had arrived safely back in Atlanta. That was minutes before a driver too drunk to be behind the car’s wheel caused the fatal car accident. She lost her son, daughter, grandson, and even the car service driver was killed. Her husband developed a severe brain injury, and only she and her son-in-law survived intact. 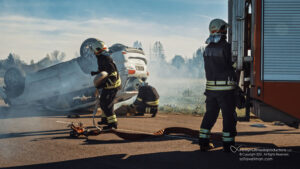 I often wondered if she acted on her premonition, could it have saved them? For me, it was a curious thought. For her, it was a haunting regret that she would persecute herself for the remainder of her life. She believed she could have prevented the accident with the fleeting thought minutes before she and her family stepped into the SUV.

Another woman I interviewed had a passing thought about a funeral for the son she carried in her belly. She was eight months pregnant with her second child; she and her husband had already named him Jake. A beautiful song on the car radio prompted a premonition. The negative thought that swirled in her head, seemingly without reason, was, “This will be a good song for Jake’s funeral.” She couldn’t understand why her mind conjured up such an ugly scenario and brushed it off as pre-baby jitters. Unfortunately, Jake was born with mitochondria disease that killed him before walking or talking. How did she know? 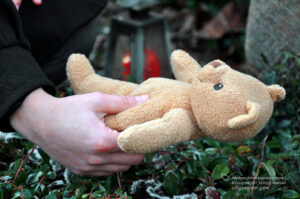 The phenomenon of premonition is such a common occurrence that in a self-defense class I took, the instructor warned us that if we have a sense about something in our surroundings, don’t ignore it. He spoke into what we all have experienced, a lack of harmony between reality and our inner dialog. He said, “It may come across as a fleeting thought or moment of hesitancy. For example, many sexually abused women had unease about their perpetrator, even though at the moment he was nothing but caring and kind.”

These passing thoughts are like a shadow that momentarily sweeps in and blocks the light. They are opaque objects placed in the path of rays of hope about our future. Since feelings do not usually accompany them, it is easy to dismiss them, especially when they say what we don’t want to hear. However, they enter and exit before we have a chance to become too attached.

In hindsight, since the intuitive messages are a prominent warning, we critique our lack of obedience to them harshly. We replay the event repeatedly in our minds as if doing so will change the outcome. The aftermath leaves us with the sinking feeling of grief.

Our intuition is a flare shooting through our minds to get our attention. Distress signals are only effective when someone can see them. Oddly, we act on irrational fear triggered by something similar to a past upset without hesitation. Daily, we neglect the wealthiest part of our essence, our spirit, while feeding the internalized threats based on past circumstances.

We can’t blame ourselves for not listening to our rational mind’s flash of wisdom. Our brain is occupied by our thinking minds’ endless, conflicting chatter, while our bodies accommodate action, often opposite of our deepest fear, and in the process, emit stress hormones. It looks like this: scared to death of rejection because of past trauma of being rejected, but still walk towards a relationship based on our desire for love, with one foot in and one foot terrified and ready to run. Here is another example: we’ve worked hard in therapy to repair a painful childhood wrought with emotional wounds. Yet, after spending each week dissecting and healing the past through awareness, we’re filled with anxiety when we go for a holiday visit with the same beloved family. We are involved in a consistent play of opposing energies, trying to find a semblance of balance, yet none can exist at the physical level. It’s exhausting. No wonder we distract ourselves with addictions, and our bodies wear out.

We may experience moments of peace when our life feels like it’s in balance. That is not balance or inner peace, though. It is usually a short-lived reprieve where our outer world cooperates with our fears. Those moments pass too quickly. 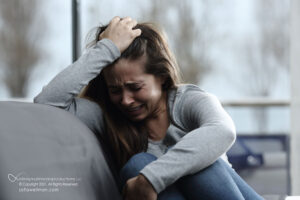 The imbalance of body, mind, and spirit starts with feelings of emptiness. The tipping point is when we become overburdened by stress, anxiety, depression, restlessness, and sometimes disease. Often we mistake those types of symptoms as something missing in the physical world. In the quest to find what we feel is lacking, we add more strain to an already burnt-out system that isn’t working.

“If you have fish in a tank and you put a glass barrier in there, the fish keep away from it, and then if you take away the glass barrier, they never cross the barrier, and they think the whole world is that,” David Bohm.

Our past becomes like a ring pass-not that envelopes us, just like the glass barrier in the fish tank that was no longer there. We don’t venture too far from the cultural, limiting beliefs we have absorbed, initially based on someone else’s fear. Proper balance, which creates inner peace, integrates body, mind, and spirit. It’s not finding a missing piece of life in our physical world. Our nature has no limits and is connected to all that ever was, and all that exists. More right answers are found in the stillness than are through analyzing and action. We cannot have different outcomes in life if we live in a continuous loop of the past, which we will do if we fail to connect with this deeper part of our essence. 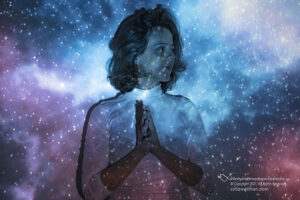 Even science is telling us what we’re doing is insanity. The famous quote by Albert Einstein said, “We cannot solve our problems with the same thinking we used when we created them.” Einstein gave us a massive clue about life. As a Nobel Prize winner, he gained wisdom from problem-solving, changing how we view space, time, mass, and energy.

Sometimes the momentum of what we view as a tragic event was a moving train more potent than any opposing force we could muster to get out of its way. So there is a lot of cause and effect that leads up to that pivotal point for all involved. We can’t blame ourselves for missing the warning. We aren’t conditioned to view this part of our being as valid.

I can’t tell you that your life will be without sorrow by meditating or finding other ways to still your mind. Because life in the physical world is a play of opposites, we will experience both joys and suffering no matter what. What I can guarantee is the more we begin to carve out spaces where we aren’t constantly on our phone, in front of a screen, or controlling what others think, etc., the more freedom we give for this rich, inner self to emerge. We bring out more choices and options through self-care by integrating our bodies, minds, and spirit. Otherwise, we recycle the lives of the people before us. When we aren’t integrating our essence, or spirit, in our lives, we live out the lives of our parents, repeating the same mistakes they made because we accept Bohm’s reference to the glass barrier as though it is accurate.