Deathbed Visions are common among those who are dying. Just because we, who are living, are not privy to the same peak into the other side, doesn’t mean it doesn’t exist. 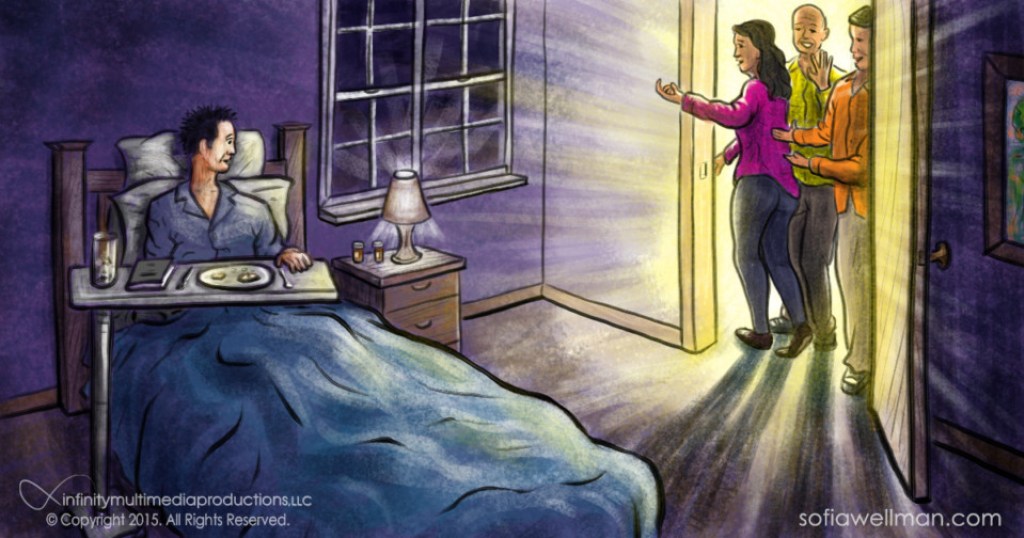 “If somebody says that they see somebody in the corner, we always say, don’t say, ‘Oh there’s nobody there.’

If you listen, you can hear some pretty incredible kinds of things.

We had a woman who had a relative who committed suicide, and the family had put a secrecy around it and said not to tell the patient because this person was so special to her. Well, guess who came to see her before she was ready to die, and all the family is saying, ‘Who told her, who told her?’

So we always say to people, enter into their reality. Don’t try and bring them back to yours.”

An excerpt from the film, Death as Life.