Good vs. Evil — Our Inner Conflict

“…The reality of it is a lot of people who do good, are not good people. And some people who do bad are not bad people…” — Death as Life 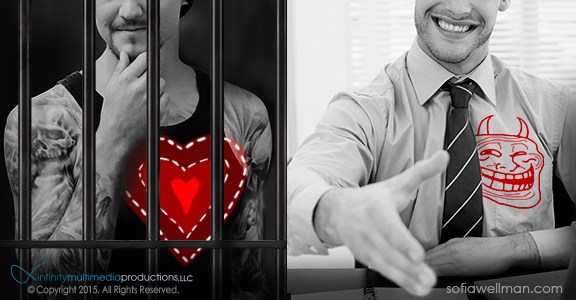 Since life is dynamic it cannot be viewed as only black and white. Any absolute answer is usually a judgment that makes us feel safe in a moment. Then, we spend the rest of our lives grappling with the hatred, shame, and guilt those false beliefs leave behind. The film Death as Life looks past the facade we present the world and reaches to answer the questions we internally struggle to resolve. It is not just a film about death. It is a film that pierces an arrow through the surface of our outer world to capture meaning from within for a more fulfilling life. It’s a film about death AND life. One does not exist without the other.

I watched it more than once. It is a great film about death and life!

This film sheds light on the death, dying, and loss by giving the viewer a glimpse into the many varied perspectives of this universal experience. Creating a conversation about a topic that is all too often taboo and yet profoundly affects us all. I highly recommended watching this film. By bringing this topic out of the dark and into the light, hope and healing can begin to blossom.

This film is very thought provoking. I loved the way each subject surrounding death is presented and discussed. The overall message of the film is positive and enlightening.