“If The Shoe Fits, Go Barefoot” 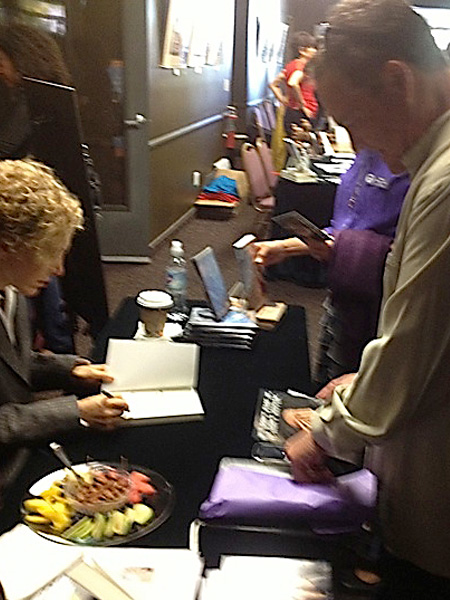 If the Shoe Fits, Go Barefoot; Let go of the fears that bind you and be free to discover who you really are.
– a book by Sofia A. Wellman

In 1986, Michael Bernard Beckwith founded the Agape International Spiritual Center, a trans-denominational community of thousands of local members and global live streamers. Highly regarded for its cultural, racial, and spiritual diversity, the late Coretta Scott King wrote to Beckwith, “I greatly admire what you are doing to bring about the Beloved Community, which is certainly what my dear husband worked for and ultimately gave his life.”

He has appeared on Dr. Oz, The Oprah Winfrey Show, OWN Help Desk, Larry King Live, Tavis Smiley, and in his own PBS Special, The Answer Is You. Every Friday at 1 pm PST, thousands tune into his radio show on KPFK, Wake up: The Sound of Transformation.

After I read "If the Shoe Fits, Go Barefoot," I couldn’t stop thinking about it. Many of its messages hit home, and once I applied the principles, the book changed my life. A rocky relationship turned into a pleasant one. Major decisions became easier. This book goes much deeper than the typical self-help book, and I’d read most of them.

The Book Doctor and owner of Zebra Communications

"If The Shoe Fits, Go Barefoot" is a must for anyone beginning the journey of self-discovery as well as those who have been on that path. It defines clearly and concisely both the inner and outer worlds of mankind’s existence. Non-denominational, it may be said to fit the structures of all religious belief systems, as well as being appropriate for those who are unaligned with any system. Many at this time are searching for a meaning in life and the author clearly defines life’s meaning and how to find each individual expression within it. Not only that, the author’s description of her personal journey brings a ray of hope to those who feel lost in life. I feel that this book should be prominently displayed in every bookstore.

Founder of the Karin Kabalah Center