The Tapestry of Life — Healing After Loss

“What happens when someone dies is you learn to incorporate that loss into your life. It becomes a part of the tapestry of what your life has been. But you never, ever get over a death.”

— Death as Life: A healing after loss film 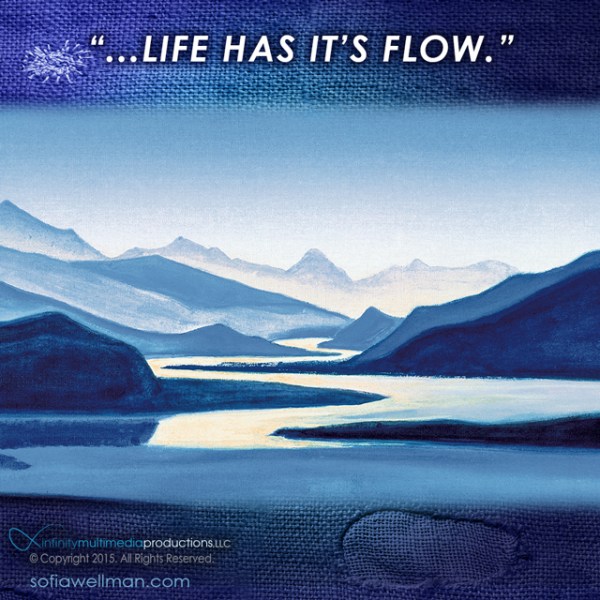 After making the film, Death as Life, Sofia Wellman said, “In the process of completing the film, I was injected with faith that life has its flow. All the control we exert is an exercise of wasted energy. With every obstacle I encountered, a new direction opened up. For instance, if someone canceled an interview, a more appropriate interview came along. If I encountered technical issues, I met someone new who was more suited for the next phase of production. The synchronicities were endless. My conclusion is death, like any experience in life, adds meaning to life and is not separate from life. The film, Death as Life, takes you through death from the reality of it to the meaning of it. Through investigating death, our life becomes more intentional.”

The actuality of making a film never occurred to Sofia Wellman. The length of time it took was proof. Like most things in her life, she learned how to reach her goal in the process. She knew if you were making a film, you needed a camera. Kind of like a naive mountain climber knows he needs a rope. Everything else revealed itself with each step, sometimes clearly, often through difficulties. She went into the editing studio with 57 hours of film, and 37 people interviewed. That’s when she realized that extrapolating people’s truth was the easy part for her. She managed to edit it down to less than 70 minutes.

An exceptional piece of art. Sofia A. Wellman opens the world to a very sensitive yet delicate view of death. Death is very painful and few are bold enough to explore this topic. A must watch!